Decisions, decisions. It was always our intention to return to Cambodia after our Gift Of Happiness week but with the pandemic gathering pace we thought it best to weigh up our options. And, with a direct (if rather long and mosquitos ridden) train from Udon Thani, where better to stop and take stock than Ayutthaya. 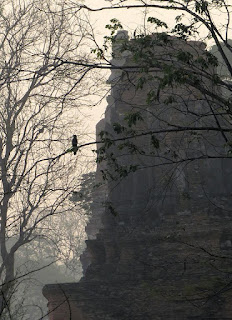 We stayed again at the Atthitara by the Chao Phraya river in the SE of the historical park area. For an account of our previous stay see here. Once again it proved a great base for exploring some of the wilder parts of the park. Although a similar range of species seen this time there were some significant differences.
A Brown-backed Needletail on the first day was a first for me in Thailand; I've only previous seen them a few years ago in Cambodia. Possibly overlooked but this very large swift has quite a patchy distribution across the region and is pretty dramatic. Cinnamon Bittern and Bronze-winged Jacana were also additions. I was surprised not to see any Ashy Drongos but made up for it with Hair-crested Drongo.
Kingfishers were once again well represented, although I failed to find any Black-capped this year. Stork-billed looks to be reliable in the western part of the park and Pied Kingfishers active on the main river again. Ayutthaya also remains the only place I've come across Small Minivet.
Regular winter visitors included Thick-billed, Dusky & Yellow-browed Warblers, Taiga Flycatcher, and Asian Brown Flycatcher. 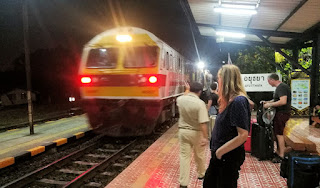