This genus of sawflies is difficult to identify to species but I've read that the arrangement of teeth on the ovipositor of the female can be used and, happily this is a female. The USB microscope has revealed some detail so posting this on the offchance that someone has the necessary literature and can help. 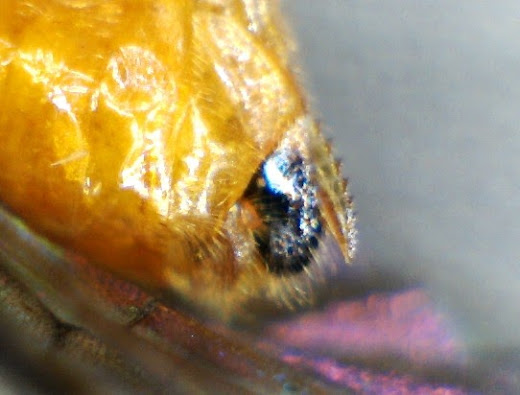 Another addition to the garden moth list. Quite a common moth so surprising it hasn't turned up before. A rather distinctive little fella with the characteristic ypsolopha 'headstand' resting posture but a more individual upturned and divided wingtip. 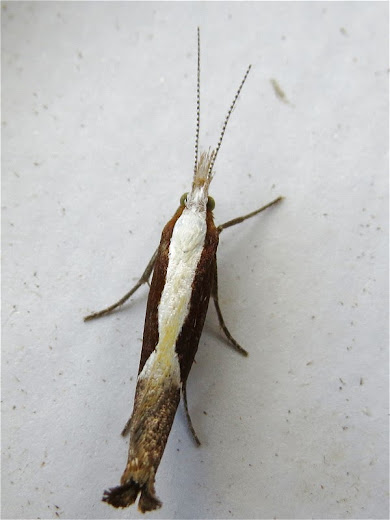 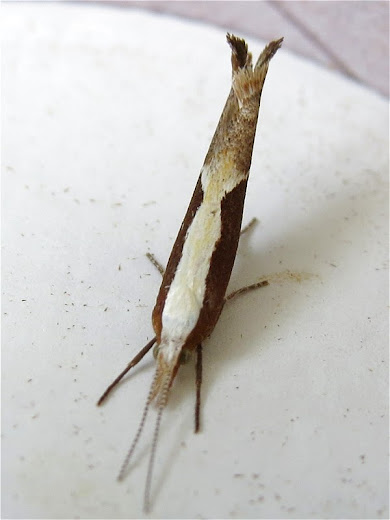 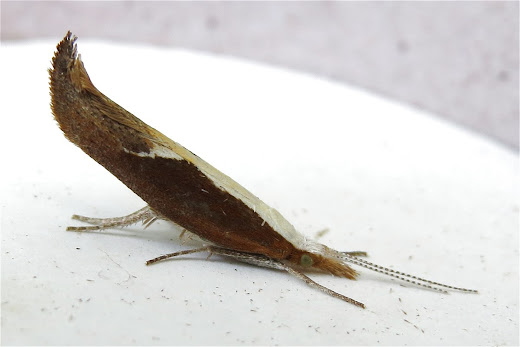 A couple more insects identified with the help of the little USB microscope. The first is a possibly scarce leafhopper dependent on elm. Unfortunately deceased, but the closeup shows the three spurs on the tip of the hind femur typical of the genus. The only other species has no all-green form.

The fearsome large red ichneumon is a common species, one of two with these yellowish markings around the head and thorax. The other differs in the distance of the ocelli (the black 'eyes' in the middle of the head) from the occipital carina (the faint brown suture line at the back of the head) and the shape of the abdomen. 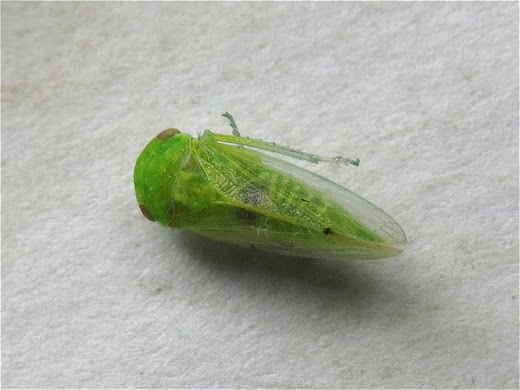 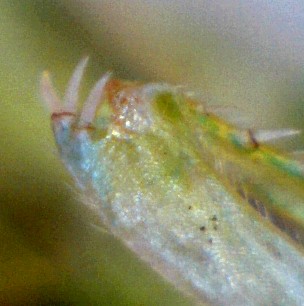 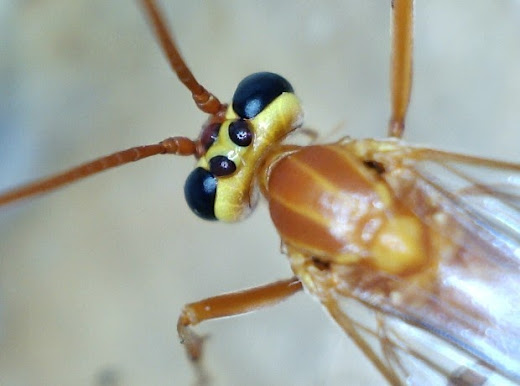 Black Arches and a garden first

Not a huge catch but some properly scarce moths among them. Black Arches is a real favourite with those amazing antennae and the striking black and white 'plumage'. It is a woodland species so can be unusual in less arboreal gardens and this is only the second here. Chequered Fruit-tree Tortrix however is a garden first and a moth I've only ever recorded once before elsewhere. There was also a third for the garden in the shape of a Tawny Speckled Pug but I didn't get a photo unfortunately. 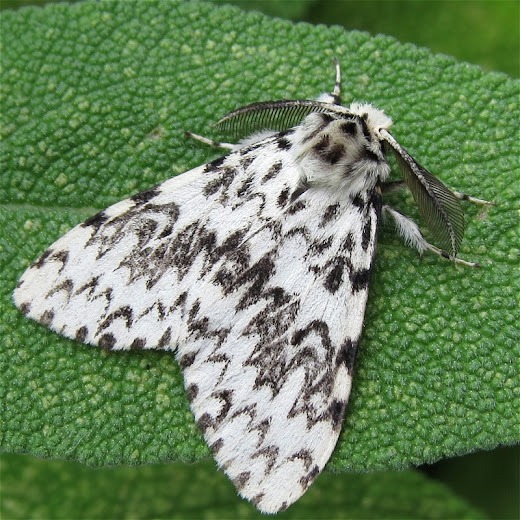 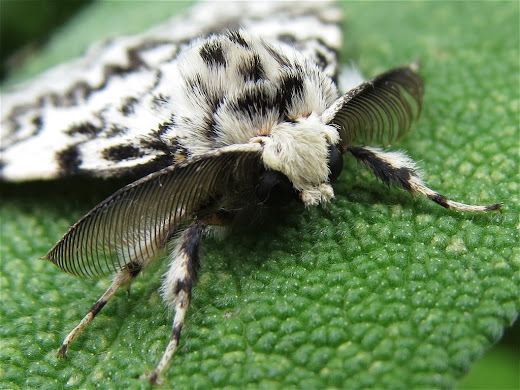 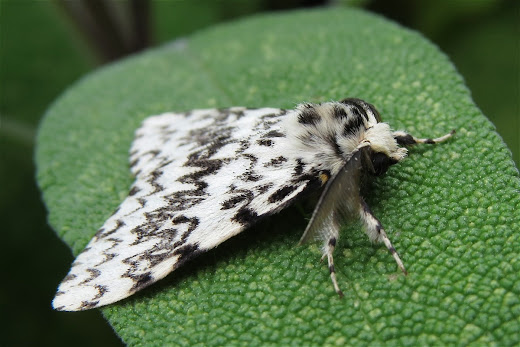 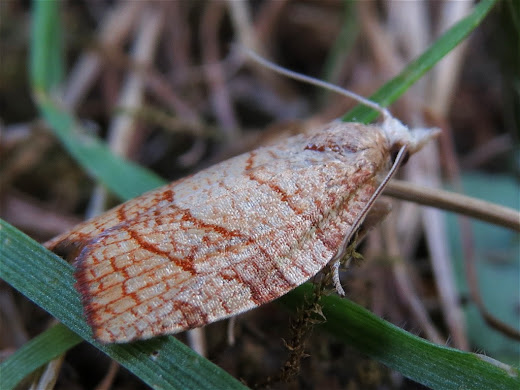 Alder Spittlebug is a common froghopper but it was interesting to see this pair in cop. Speckled Bush-cricket appeared in the garden as well as out in the wider 1km square where there were also Lesser Marsh Grasshoppers. List creeping up to 456. 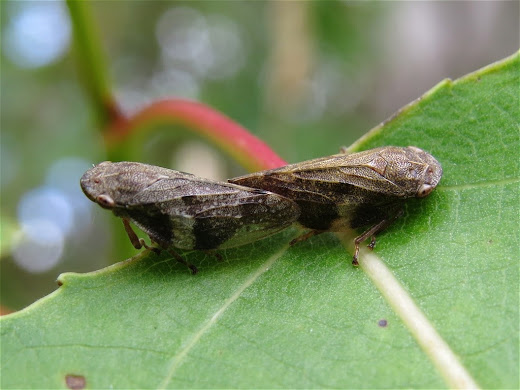 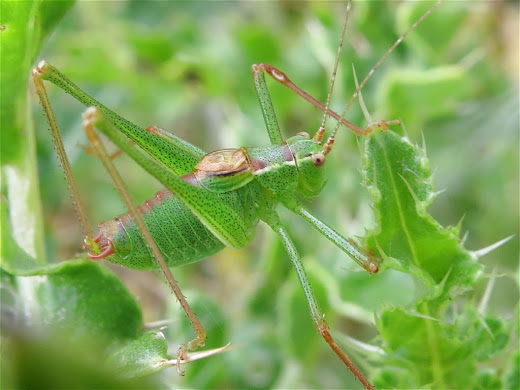 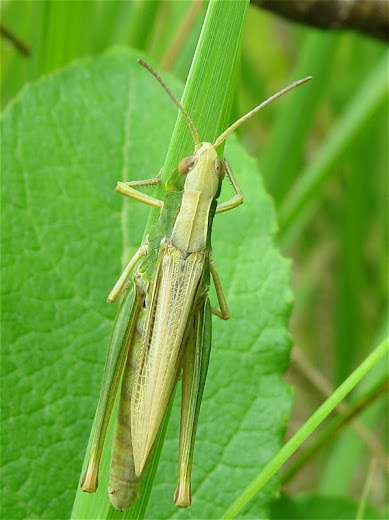 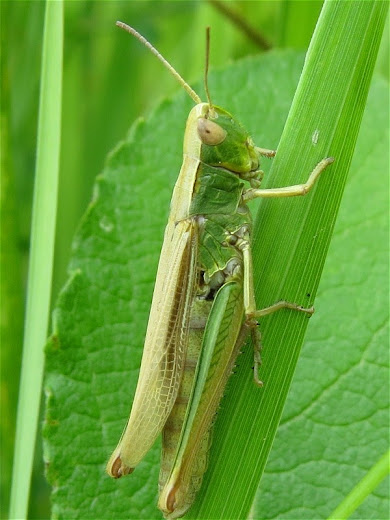 Although I've not had anything like enough time available to make a serious attempt at the 1000 species in 1sq km challenge I have been keeping the list going, mainly with the contents of the moth trap. It is now on 438. Among the moths are usually some other identifiable insects and a new toy has helped pin down one of these. The flower bug Lygus pratensis is very similar to others of the genus, all of which are rather variable in colour and markings. According to this source they can be distinguished on the basis of the tiny hairs on the corium (base of the wing area). Although it is a red data book species it has spread a lot throughout southern Britain and is probably a lot more common now. In any case it was a nice subject for my new USB microscope toy which is just up to the job of picking out the necessary detail. 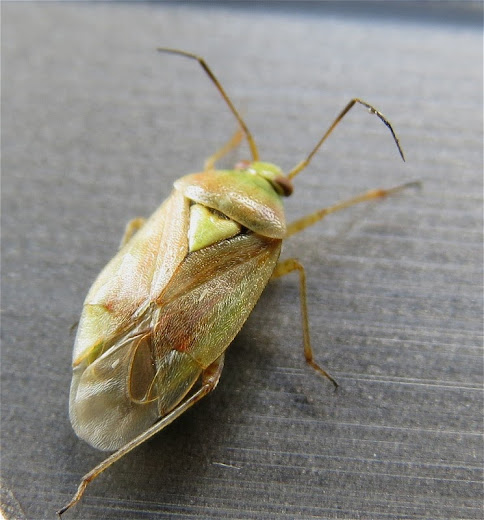 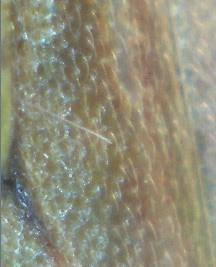 On a slightly different tack I also came across a party of 6 larvae mining a sorrel leaf in our veg patch recently. A rather large larva that turns out to be this leaf-mining fly that feeds on docks, etc. 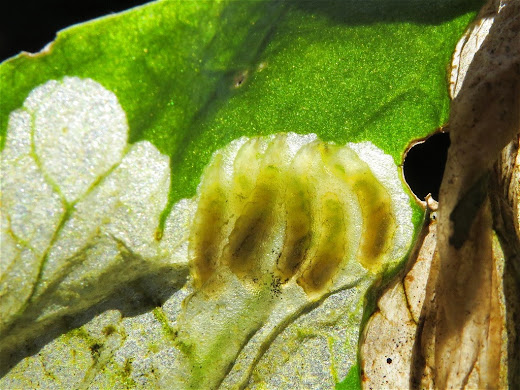 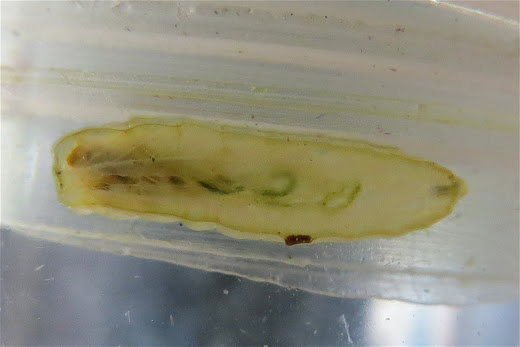