Another excellent stay in West Penwith. The highlights weren't photographed unfortunately. Excellent views of Slow Worm and Adder on the cliff walks, a couple of Basking Sharks early on in the week, a Sunfish, several Harbour Porpoises.

There was a huge movement of Manx Shearwaters south past Sennen and on one morning 9 Sooty Shearwaters in an hour (when c.670 Manx flew by). Only one Balearic Shearwater and one Arctic Skua. Peregrines were thin on the ground but Ravens and Choughs showed regularly and a few migrants like Whimbrel.

Walking back along Bosistow Lane one afternoon we passed a couple of birders. I asked them what they were looking for but didn't get an answer (why are birders so uncommunicative?) so had a look as went by and saw this (sorry about the very poor shot): 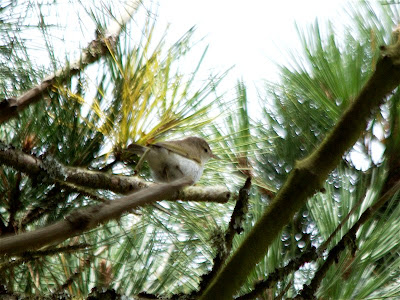 I had no idea this was present (this was its last of three days) and it is my first in the UK (but seen quite a few abroad, including in Morocco earlier this year). The question is was it self found? I would probably have walked straight past it had there not been birders hanging around and it wasn't calling at the time. It didn't feel like a find anyway.

Here's a selection of other beasties from the week. The shieldbug is new to me; the sharp pronotal spines are distinctive. It is a predator of caterpillars. The Sand Wasp was quite abundant. 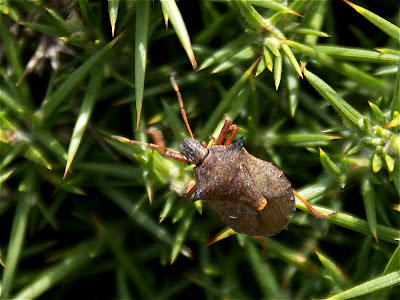 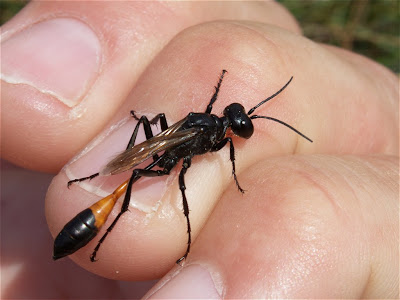 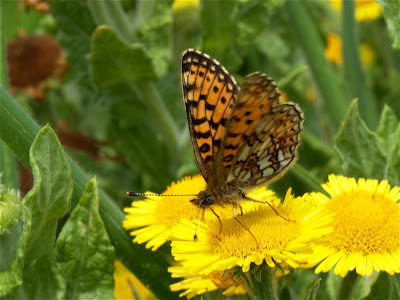 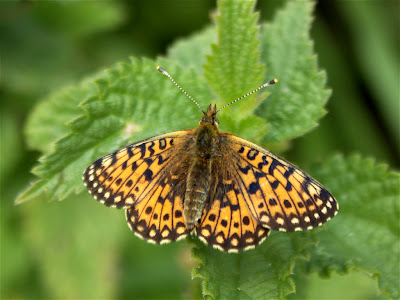 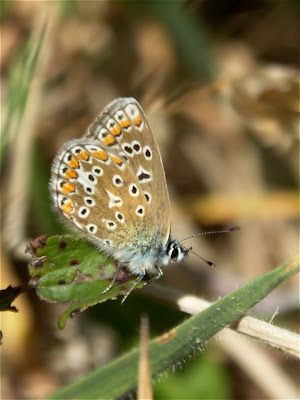 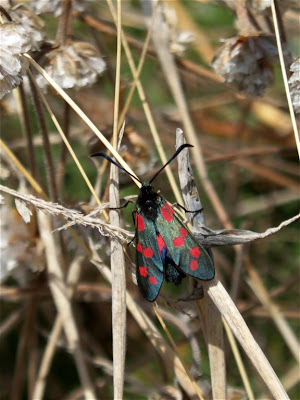 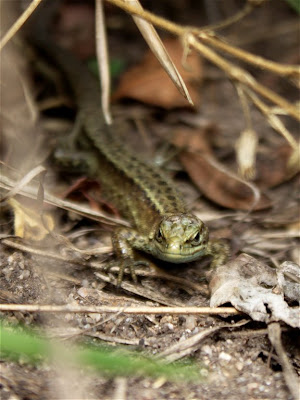 Found by Matt Webb this morning near Lynch Bridge while I was stood next to him. Fabulous views of this really bright individual. 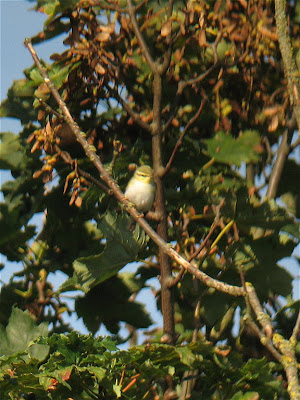 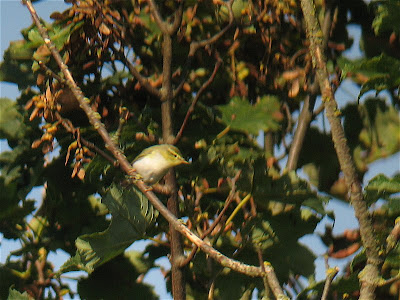 Digiscoped with Canon Powershot A640 and Leica APO77 x20

A couple of these large spectacular sawflies were on the millstone grit outcrops around Over Owler Tor. They seem to be of the northern taiganus subspecies. 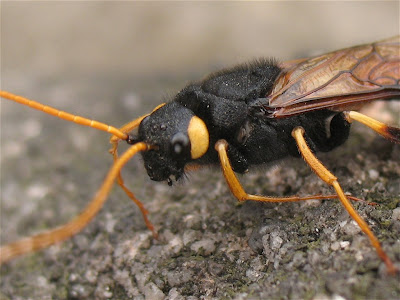 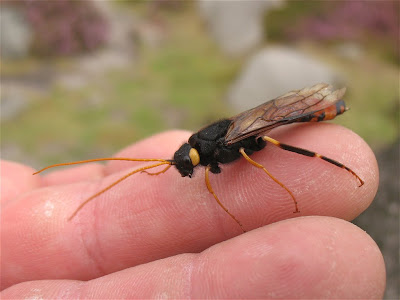 The latest bird to hit our windows at home. Most are only stunned and this one seemed fine after being placed in a window box away from the cats to recuperate. 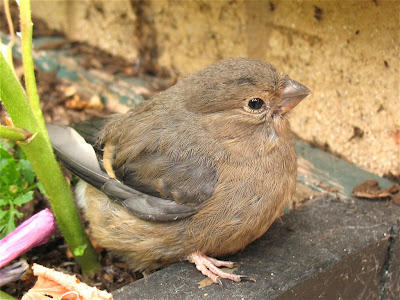 A pair in cop along the Nene near Elton Bridge. 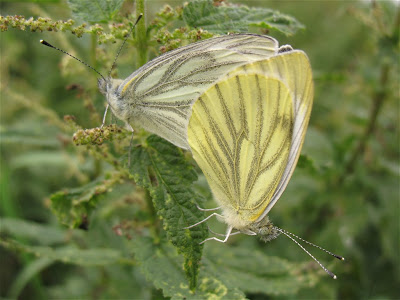