First days with the SX50

Why the SX50? Well I had a great time with my SX10 before it gave up the ghost and I wasn't happy with the SX30 as a replacement so that got sent back. The DSLR has been fine but the lens has developed some play and will have to be sent for repair. I miss the zoom range and excellent macro of the SX10 so thought I'd try out the latest Canon bridge which has been getting good write ups.
Not really had chance to do much with it yet and the weather has been largely against us but here are a few snaps. The 50x optical zoom certainly makes quite a difference but so far I feel there is a quite a lot of noise in the shots. These were all taken in JPEG mode and I think the default sharpening is quite aggressive. I'll be trying some RAW tests tomorrow with luck.
The Dunnock was taken in very dull difficult conditions and the Pied Wagtail is a fairly heavy crop of a rather distant bird.
Collared Doves Streptopelia decaocto 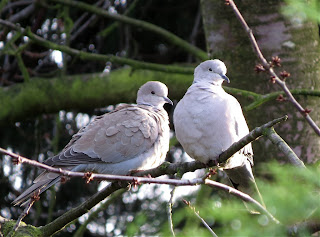 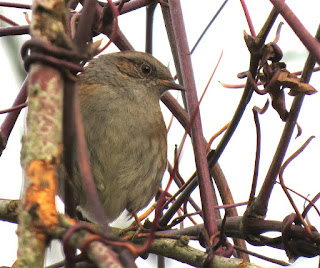 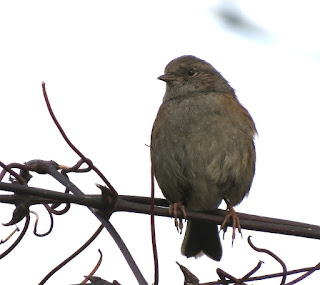 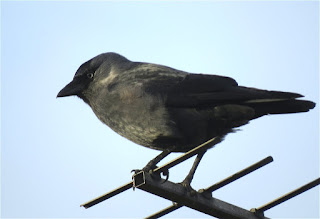 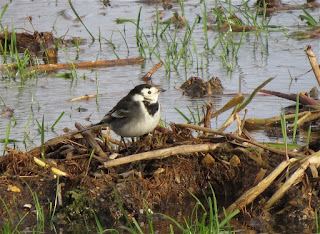 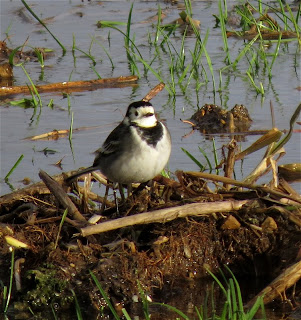 One way or another I didn't get much mothing done in 2012. Hopefully things will be different in 2013, especially I plan to get involved in this pan-species challenge and moths will be a big part of the total. Anyway this little fella is one of the few moths active as an adult during the winter months and one was on the kitchen window last night. Somehow forgot to post these photos and video from our trip to the Alps in the summer. One of the highlights of the year for me was finding several of these in steep woodland near Trummelbach in the Berner Oberland region of Switzerland. 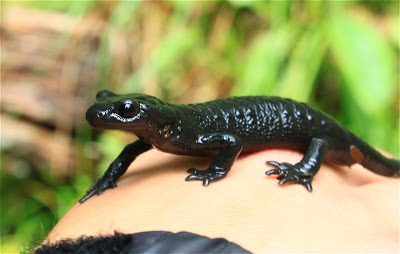 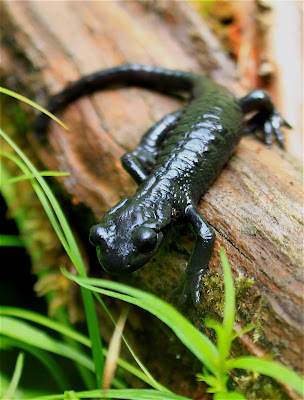 The sad side of Waxwing invasions

If you aren't keen on pictures of dead birds avoid scrolling to the bottom of this article. The bird is in very good condition but is one of the victims of a building designed without a thought to the effect it might have on our wildlife.

For the past three years one of the workers at Stuart House in Peterborough has been trying to get something done about the high number of casualties resulting from birds flying into the vast walls of glass created by the building's windows. The catalogue over the years has included Great Spotted Woodpecker, Chiffchaff, Blackcap, Whitethroat and several Woodcocks as well as many of the more familiar city birds.

Things have come to a head this week with the arrival of a party of Waxwings. The problem is that the building forms a crescent around a small grove of trees including a small rowan the birds have been feeding on. The mirrored windows reflect the trees making it look like a good escape route with the result that 10 birds have been found dead at the foot of the walls in the space of just a few days. The maximum flock size was 43 so this is a seriously high rate of attrition.

In the end I suggested knocking the remaining berries from the tree and sweeping up all the food. Better that the birds are forced to move on and find another source that might be less of a threat. This seems to have had the desired effect and the birds have not been seen since.

Waxwings are somewhat vulnerable in years like this when their usual food supply in largely rural Scandinavia fails and they are forced to migrate further to the berry-laden carparks of urban Britain. The large flock at Werrington recently sustained a few losses to passing traffic as they used puddles to drink. A common problem perhaps made worse by the levels of alcohol they can consume while eating the overripe berries making them temporarily less capable of avoiding hazards. In fact a fox had taken to hanging around the Stuart House site perhaps recognising the opportunity to pounce on an inebriated Waxwing or two.

The need to drink can pose yet another problem in cold weather as the salt used to treat icy roads can concentrate in puddles at dangerous levels leading to some suspected deaths from poisoning.

So while it is great to see these exotic visitors when they do come here we need to recognise the dangers they face while trying to survive the winter. I wonder how many will make it back to Siberia to breed next year.

In Peterborough we are trying to persuade the owners of the building responsible for the death of so many Waxwings and others birds to consider methods of making the windows more obvious to passing birds. Let's hope they will see sense.

The photo is below:

Waxwing - one of the many victims of Stuart House. 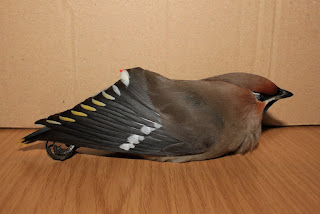 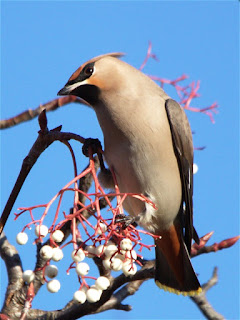 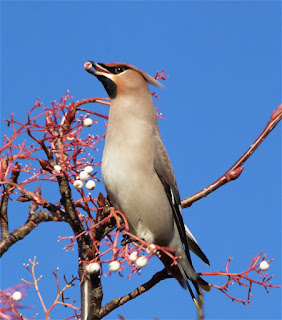 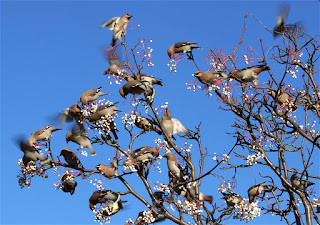 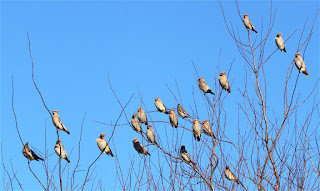 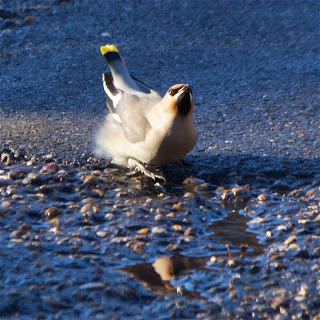 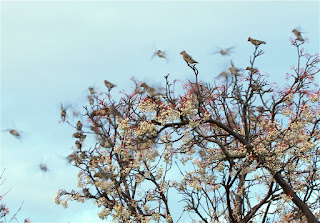 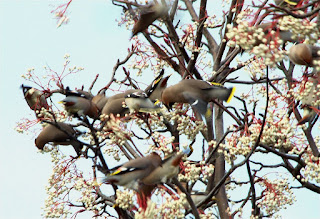 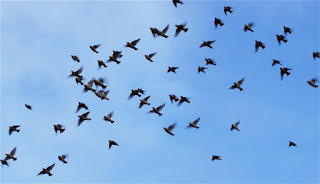 Another big flock of up to 70 in Werrington.