A weekend in the low countries to see the mighty Stream Of Passion with a bit of wildlife thrown in on the Sunday.

Stayed Saturday night in Goes on the southernmost Zeeland peninsular with geese passing over the town in the night and morning. Later on Sunday a large flock of White-fronted Geese was by the A58 junction just SW of the town.

A trip to the polder north of Middelburg revealed large numbers of White-fronted and Barnacle Geese and brief views of a Ross' Goose. There were also a couple of Black Swans near here and this Spotted Redshank in one of the ditches. 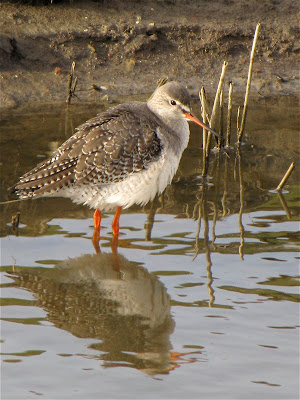 More geese were flying over other areas and there was a large flock at Spaarbekkens lake SW of Terneuzen. The Braakman reserve north of the road here had a male Hen Harrier flying about.

Still just in The Netherlands two White Storks were resting in a field on the southern edge of Sluis. Further large collections of geese were on the Belgian Polders and there was a flock of Common Scoter on the sea just off De Haan.
Posted by Brian at 8:00 pm No comments:

Currently without the use of a scope due to an accident putting my tripod head out of action. A replacement is on the way but in the meantime I'm birding with bins and the SX10, which it turns out is quite capable of the odd flight shot. These were at Maxey GP in fairly dull conditions.

Canon Powershot SX10
Posted by Brian at 9:40 pm No comments:

First visit this year to the North Bank, which is often good during cold weather. It didn't disappoint and held 10 Redshank, 5 Snipe and 3 Green Sandpipers as well as a wintering Chiffchaff. There were fewer Moorhens than I would have expected but the area was being terrorised by a female Sparrowhawk. 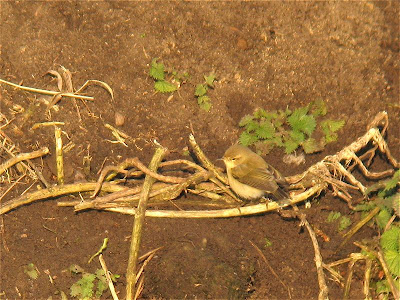 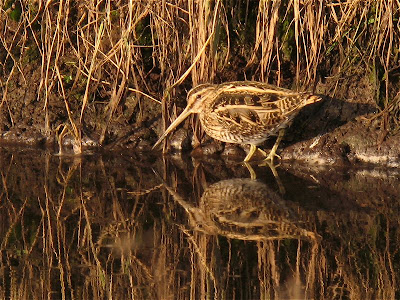 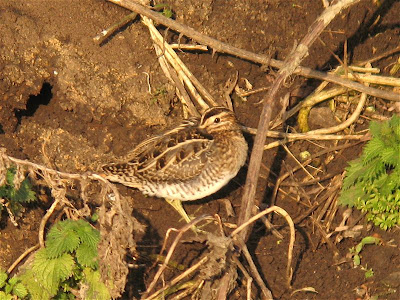 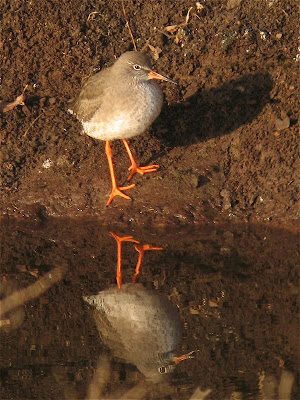 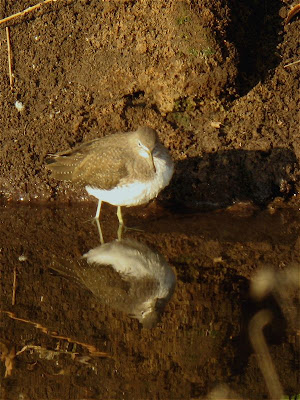 Digiscoped with Canon Powershot A640 and Leica APO77x20
Posted by Brian at 3:07 pm No comments:

First day back at work and a lunchtime cycle ride to see yesterday's Scaup at Ferry Meadows. This appears to have gone but there were 3 male and a female Red-crested Pochard on the ice-free part of Gunwade Lake along with a single male Goldeneye and masses of common wildfowl. A Kingfisher dashed across over the Mound and a Grey Wagtail was on the north shore. 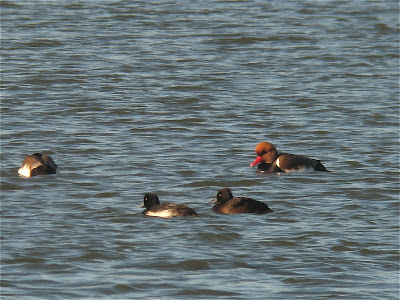 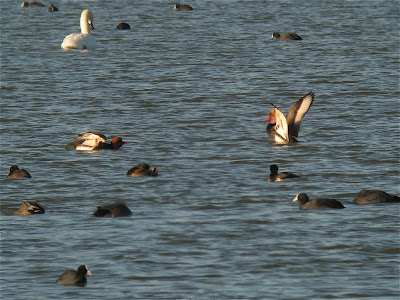