For the first time in a while we managed the circular walk from Elton via Yarwell and Nassington. Despite cool breezy conditions this was rather productive.

The Badger was a big surprise as it fed out in the open at 3 in the afternoon. We were crossing a hay field up wind of it so how it failed to notice us I don't know. The photo is digibinned with the Canon A640 held to one barrel of the Leica 8x32 binoculars. Walking along the old railway line shortly after the same badger or another appeared right next Karen hissing from the side of the path before nonchalently waddling off.

The first of the hoverflies is a first for me. Not sure of the status around here but it's not a very common species I don't think. There were other species around, including Eristalis, Syrphus and Eupeodes species.

Always good to see White-legged Damselfly. This one was near the iron bridge over the Nene just down from Elton Bridge; a regular spot for them. Also Blue-tailed and Red-eyed Damsels and many Banded Demoiselles.

Very few lepidoptera about but there were a couple of Diamond-back Moths near Yarwell Junction, plenty of Nettle-taps, the odd Celypha lacunana, one Silver-ground Carpet, single Painted Lady and Small Tortoiseshell were the only adult butterflies.

I've included the otherwise not very good photo of the Mute Swan family as I rather like the cygnet taking a dive off the parent's tail. Spot another still riding nearer the neck.

A Hobby was bashing about the flood plain a fair bit, no doubt targetting the flocks of Swallows, House and Sand Martins feeding in the lee of the hedgerows. The Sand Martins appeared to be visiting a bank along the Nene near Nassington but I couldn't see any holes. 40 Stock Doves betwen The Island and the old railway line was a good count. 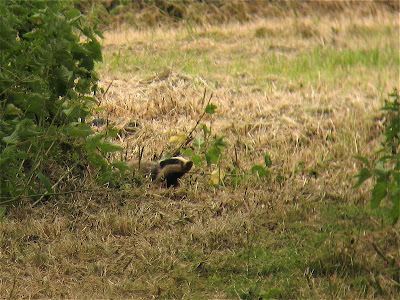 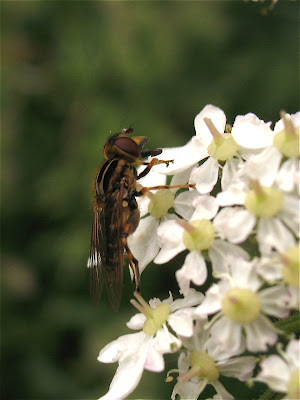 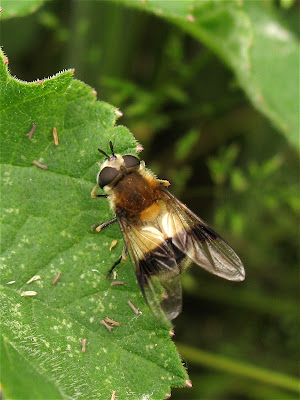 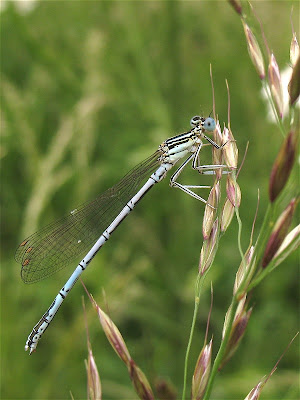 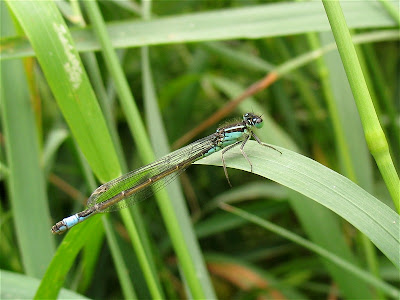 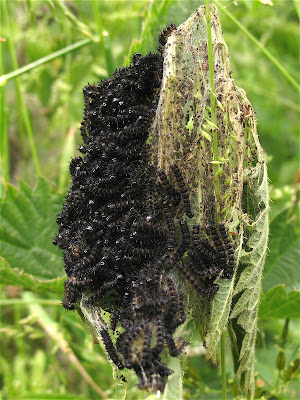 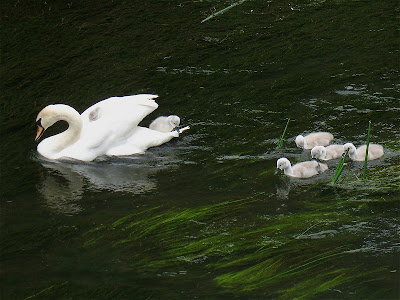